/ins  Over the past 60 years, regulatory requirements have been the biggest driver of environmental efforts by the process industry. But now brand owners with high sustainability expertise have become an important force – by making more and more demands on their suppliers right across the sustainability spectrum.

“The focus is now clearly on sustainability issues and it will stay there. We’re also seeing that our customers’ interest and expertise in sustainability is constantly increasing,” says Iggesund Paperboard’s Sustainability Director Johan Granås, summing up the company’s sustainability work in 2019. “That’s why it’s great to report that in 2019 we’ve taken a number of good steps in the right direction.”

Iggesund’s two paperboard mills, at Iggesund, Sweden and Workington, England, both report advances in reducing their climate impact and water consumption, on top of fantastic safety work all year.

Workington Mill was particularly successful, achieving a production record for its Incada board in 2019 while also making it through the entire year without a single hour’s absence due to a work-related lost-time injury (LTI).

“The mill’s fantastic and systematic work to improve its work environment and safety over many years has definitely paid off! Workington’s zero LTI result for 2019 is an inspiration and role model for all our workplaces,” Granås says, visibly impressed.

With regard to climate impact, Iggesund Paperboard has invested over 320 million pounds since 2012 to develop and transition its mills’ energy systems from fossil fuel to biomass. The work has produced major results. In 2019 the mills operated on over 90 per cent bioenergy. They thereby continue to produce packaging paperboard with very low fossil carbon dioxide emissions.

“Our long-term goal is to be totally fossil free, and we’ve come a long way,” Granås says.

In 2019 Iggesund Mill managed to reduce its energy consumption by approximately 90 GWh, which is equivalent to the energy consumption of 3,500 detached houses in Sweden. All in all, the mill produced Invercote by using 98.6 per cent bioenergy, leading to a significant reduction of its carbon dioxide emissions.

The past year has proven that technology, machinery and equipment aren’t everything. Iggesund Mill has worked to make its energy operators aware that some of their decisions also impact the climate, and has encouraged them to include those aspects in their set targets. This has definitely given good results.

“We’ve always said that it’s not the big machines that make the paperboard, it’s the people. And we’ve also applied that approach to the issue of greenhouse gases,” Johan Granås explains.

“We’re incredibly proud of the commitment our employees are showing to these issues! We’ve held trainings to raise awareness, and of course the climate debate of recent years has also sharpened the focus on these issues,” he continues.

“But even though the big steps have now been taken and the further reduction of fossil emissions becomes increasingly complex the closer to 100 per cent we get, there’s only one way forward for us and that’s straight ahead.”

Paperboard’s climate impact is not solely due to the mills. Transport has become an increasingly important sustainability issue for Iggesund Paperboard. Compared with the paper and board industry as a whole, both Invercote and Incada have relatively low carbon footprints from production. As a result, transporting the finished board to the customers comprises a high proportion of the board’s total climate burden. Customers in both Asia and America wonder how shipping paperboard from Sweden to Japan or the USA can be a good choice in climate terms.

“Our calculations show that this is currently the case, but as other mills shift to using more bioenergy, we must reduce our own transport emissions to preserve our lead,” Granås explains. He adds that Iggesund is working closely with its logistics suppliers to find alternative transport solutions that further reduce emissions.

When it comes to water consumption, extensive projects are being implemented at both mills. Last year, Iggesund Mill reduced its water usage by about 10 per cent but Granås says the company is not yet satisfied.

“We can still do more at Iggesund Mill to lessen our water consumption. The fact that historically our water usage has been relatively high is no doubt because for over 100 years our production has never been disrupted by any water shortage. We’re fortunate to be in a location with excellent water resources.”

Both of Iggesund’s paperboard mills are now taking strong measures in this area too, and expect that their ongoing projects will lead to significant reductions for the year 2020 as a whole.

“During 2020 we will do more work on our key areas of sustainability – health, climate and water – so that we can continue to live up to the market’s high sustainability demands,” Johan Granås promises. 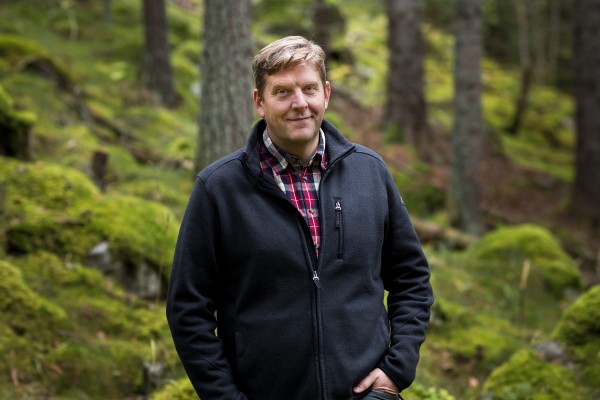 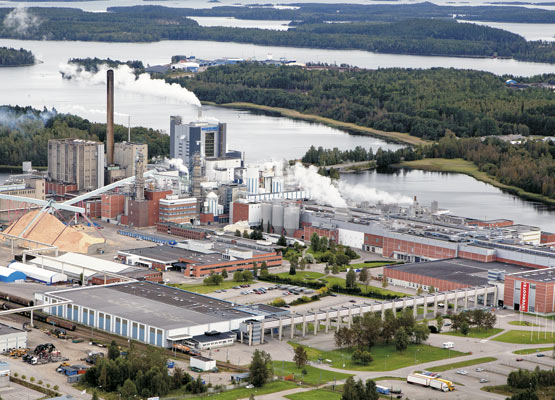