Bamberg and Stuttgart, Germany – Working with Stadtwerke Bamberg, the city’s public utilities, on a stationary fuel cell in Bamberg’s city center, Bosch is for the first time demonstrating its vision of a decentralized, climate-friendly energy supply of the future. The two partners have taken a micro power plant based on solid-oxide fuel cells (SOFC) into operation at Bamberg’s central bus station (ZOB). Measuring roughly two meters high, the refrigerator-sized plant generates around 10 kilowatts of electricity, which is enough to meet the annual requirements of more than 20 four-person households in the neighborhood of the bus station. With an overall efficiency of 60 percent for power generation and more than 85 percent with additional use of heat, this stationary fuel cell is clearly superior to other energy converters of its size. The heat it produces is used by a bakery at the bus station for its heating and hot water systems. “As we move to alternative forms of energy, decentralized power supplies are becoming very important. The stationary fuel cell is ideally suited for the expansion of local power and heating networks in urban neighborhoods,” says Dr. Wilfried Kölscheid, who is responsible for stationary fuel cells at Bosch. “We are pleased to have found a partner in Stadtwerke Bamberg with whom we can jointly demonstrate what our stationary fuel cell is capable of.”

“As we move to alternative forms of energy, decentralized power supplies are becoming very important. The stationary fuel cell is ideally suited for the expansion of local power and heating networks in urban neighborhoods.”

Dr. Wilfried Kölscheid, who is responsible for stationary fuel cells at Bosch

Putting the stationary fuel cell to work in an urban neighborhood is not only an important field of application for Bosch; the Bamberg public utilities also see the technology as a sustainable solution for energy supplies to existing buildings, as well as when planning new districts. “The experience we gain with this fuel cell should deliver lasting benefits when it comes to future energy supplies to existing buildings and new neighborhoods,” says Dr. Michael Fiedeldey, the managing director of Stadtwerke Bamberg. “At the same time, we want everyone to be able to experience the new technology for themselves. That’s why we didn’t hide it away in some basement, but instead installed it in the middle of the ZOB, which is a traffic hub visited by over 20,000 people a day.” As soon as the situation permits, the InnoLab at the bus station will be open regularly for interested guests, with experts from both companies on hand to answer questions. A virtual look into the lab is available at www.stadtwerke-bamberg.de/innolab.

The SOFC plant is very quiet. Stadtwerke Bamberg is currently running it on natural gas, but it is already suitable for hydrogen. When compared with the German electricity mix, an SOFC system reduces emissions of the greenhouse gas CO₂ by almost 40 percent, even when running on natural gas. If the fuel cell runs on hydrogen, it no longer causes any direct CO₂ emissions. Thanks to this, SOFC systems can ensure a sustainable supply of energy to cities and conurbations with high energy requirements, since the stationary fuel cell’s output can be set to match demand. What’s more, connecting a series of fuel cells to the existing gas infrastructure is a way to relieve the power grid, meaning additional electricity demand can be met using on-site generation. The SOFC plant in Bamberg is also connected to the Bosch IoT Cloud: 20 sensors within the fuel cell continuously provide data on power generation and the system’s operating status. This data also helps further develop the technology. In the future, it will be possible to connect various stationary fuel cells to each other via the cloud to form virtual power plants and then control them digitally using intelligent, self-learning software – conserving both the environment and resources.

Bamberg’s mayor Andreas Starke welcomes the alliance and the high visibility of the plant at the Bamberg ZOB: “We are proud that Bosch and Stadtwerke Bamberg are implementing the stationary fuel cell – a climate-friendly and at the same time economical technology. This innovative energy supply is an important building block in the facelift we are giving the Bamberg business location, and will help secure jobs for the future.”

Bosch wants to invest a three-digit million euro amount in stationary fuel cells by the end of 2024 and put SOFC systems to the test under real-life conditions. In Germany, Bosch already operates more than 20 SOFC pilot plants at its sites in Bamberg, Homburg, Renningen, Schwieberdingen, Feuerbach, and Wernau. The company has 250 associates working in this promising field at various locations – over 100 of them in Bamberg alone. The Bosch plant in Bamberg produces the all-important stacks for fuel cells. “We are proud that the Bamberg plant is integral to driving the pre-commercialization phase for solid-oxide fuel cells all the way to large-scale production, which is expected in 2024. Together with Stadtwerke Bamberg, we can test this pioneering innovation directly on-site in real-life operations and gain important insights into its operation,” says Dr. Martin Schultz, the commercial plant manager at the Bosch plant in Bamberg. The development of these novel fuel-cell systems would not have been possible without close collaboration between Bosch’s corporate research and its Powertrain Solutions and Thermotechnology divisions. 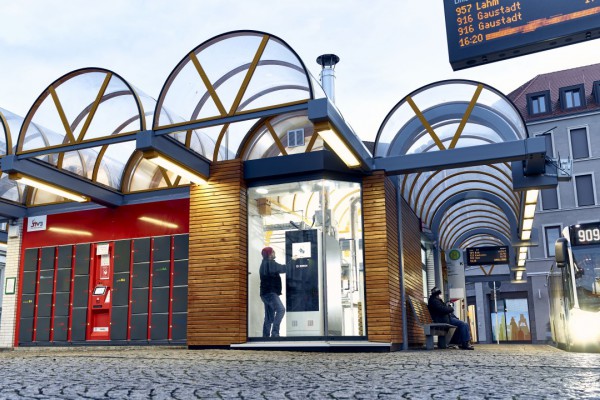 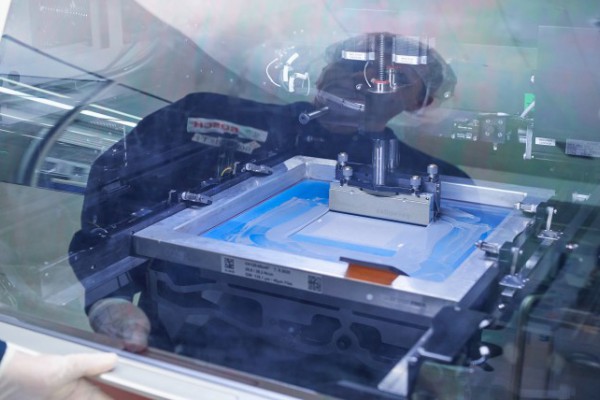 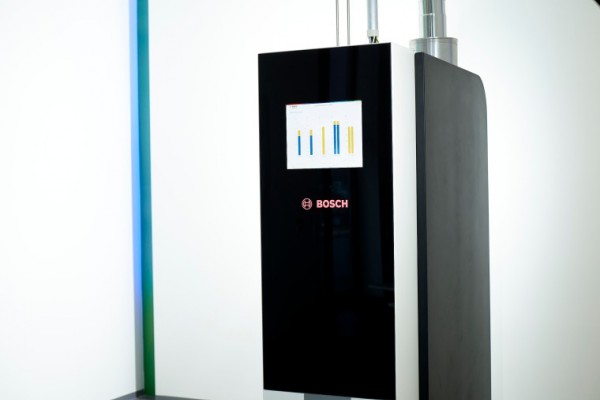