India Day is an annual one-day event to showcase and promote the many aspects of Indian culture in Finland. Three editions of India Day have been organized so far, and the event has grown more and more popular each year; the last edition in 2018  saw participation of nearly 10,000 people in Kaisaniemi Park, Helsinki. This year India day is the highlight of the celebration of the 70th anniversary of Indian-Finnish diplomatic relations. It is the biggest India related event of the year and offers at one platform a wide repertoire of Indian music, dance, cuisine, yoga, Ayurveda and activities for children and families. The highlight of India Day is a concert by the ethnic folk fusion band from Nagaland State of India Abiogenesis, sponsored by the Indian Council for Cultural Relations (ICCR), Government of India.

Minister of Foreign Affairs, H.E Mr Pekka Haavisto and Mayor of the City of Helsinki, Mr. Jan Vapaavuori have confirmed their participation in India Day.

Children can enjoy kite-flying, story-telling, craft workshops, and a bouncy castle. Other attractions include demonstrations of yoga and cricket, dressing up in Indian attire, and Ayurveda, a traditional Indian system of wellbeing.

The event is free of charge and organized by the Finnish-Indian-Society and all Indian associations in Finland with the support of Embassy of India, Incredible India Tourism, City of Helsinki as well as several corporate entities and partners. 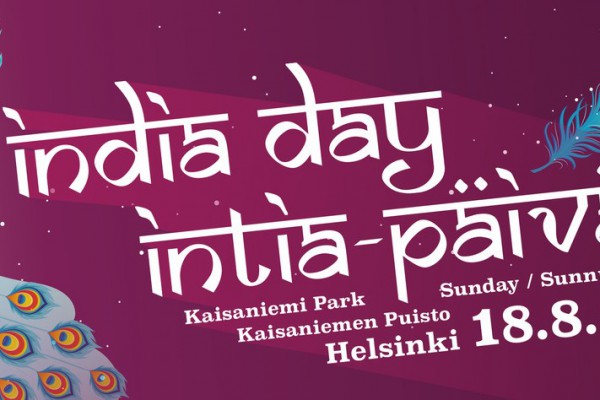 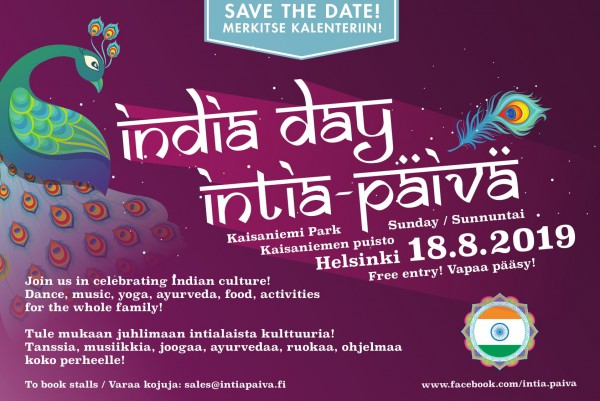