easyJet, Europe’s leading airline, has announced it is working with GKN Aerospace, the world's leading multi-technology tier 1 aerospace supplier, to work toward reducing carbon emissions in aviation through the adoption of zero carbon emission technologies..

easyJet will support the development of GKN Aerospace’s Hydrogen Combustion (H2JET) and Hydrogen Fuel Cell (H2GEAR) technology, including exploring the options for flight demonstration, as part of the airline’s ambition to de-carbonise aviation. Among others, easyJet will provide insights into operational requirements and economics.

H2GEAR is a GKN Aerospace led ground-breaking UK collaboration programme aiming to develop a liquid hydrogen propulsion system for sub-regional aircraft that could be scaled up to larger aircraft. Liquid hydrogen is being converted to electricity within a fuel cell system. This electricity efficiently powers the aircraft, eliminating carbon emissions and creating a new generation of clean air travel.

The H2GEAR programme is supported by £27M of ATI funding, matched by GKN Aerospace and its industrial partners.

David Morgan, Director of Flight Operations, easyJet, said:
“At easyJet, we are committed to working towards a future with zero carbon emission flying. We know that technology is a key driver to achieve our decarbonisation targets, with hydrogen propulsion a frontrunner for short-haul airlines like easyJet. Cross-industry partnerships are key to developing these promising new technologies and we look forward to collaborating with GKN Aerospace to support bringing this technology to maturity as early as possible.”

Max Brown, VP Technology, GKN Aerospace, said:
“At GKN Aerospace sustainability is at the heart of our business. Hydrogen-powered aircraft offer a clear route to keep the world connected, with dramatically cleaner skies. The UK is at the forefront of this technology. We look forward to work with easyJet and our partners, to develop and industrialise the breakthrough technology to fly aircraft with zero CO2 emissions.”

Championing the development of a zero carbon emission aircraft to de-carbonise aviation is a key focus for easyJet, and the airline is working with partners across the industry like GKN Aerospace, as well as Airbus, Rolls-Royce, Cranfield Aerospace Solutions and Wright Electric, to accelerate the development of zero carbon emission technologies and supporting infrastructure. The airline is optimistic that it could begin flying customers on planes powered by hydrogen-combustion, hydrogen-electric or a hybrid of both by the mid to late-2030s.

In 2019, easyJet became the first major airline worldwide to offset the carbon emissions from the fuel used for all its flights and remains the only major airline in Europe to do so. This comes at no additional cost to its customers and the airline only supports projects that are certified by either Gold Standard or Verified Carbon Standard. This is an interim measure to address its impact on the environment in the short-term.

Beyond carbon, easyJet is focusing on reducing plastic – more than 36 million single-use plastic items were eliminated – as well as reducing waste within its wider operations and the supply chain. The airline also introduced new crew uniforms made from recycled plastic bottles. With 45 bottles in each uniform this has the potential to prevent 2.7 million plastic bottles from ending up in landfill or in oceans over the next five years.

easyJet flies on more of Europe’s most popular routes than any other airline and carried more than 96 million passengers in 2019 – more than 16 million travelling for business. The airline has over 300 aircraft on nearly 1000 routes to more than 150 airports across 35 countries. Over 300 million Europeans live within one hour's drive of an easyJet airport.

easyJet aims to be a good corporate citizen, employing people on local contracts in eight countries across Europe in full compliance with national laws and recognising their trade unions. The airline supports several local charities and has a corporate partnership with UNICEF which has raised over £14m for the most vulnerable children since it was established in 2012.

The airline takes sustainability seriously and is committed to reaching net-zero carbon emissions flying by 2050. Together with its partners, including Airbus, Rolls-Royce, Cranfield Aerospace Solutions and Wright Electric, easyJet is working to accelerate the development of zero-emission aircraft technology. In the short-term, the airline is offsetting the carbon emissions from the fuel used for all its flights, at no additional cost to its customers, and only supports projects that are certified by Gold Standard or the Verified Carbon Standard, internationally recognised certification schemes. In addition, easyJet continues to renew its fleet, operate efficiently, and aims to fill most of its seats. Since 2000, over a 20-year period, the airline reduced its carbon emissions per passenger, per kilometre by over one-third, and aims to bring this down further.

Innovation is in easyJet’s DNA – since launching over 25 years ago, easyJet changed the way people fly to the present day where the airline leads the industry in digital, web, engineering and operational innovations to make travel easier and more affordable for its passengers.
The airline was named as Britain’s Most Admired Company of 2020 in the transport sector, retaining the leading position for a second year running. Britain's Most Admired Companies study is the longest-running annual survey of corporate reputation in the UK. 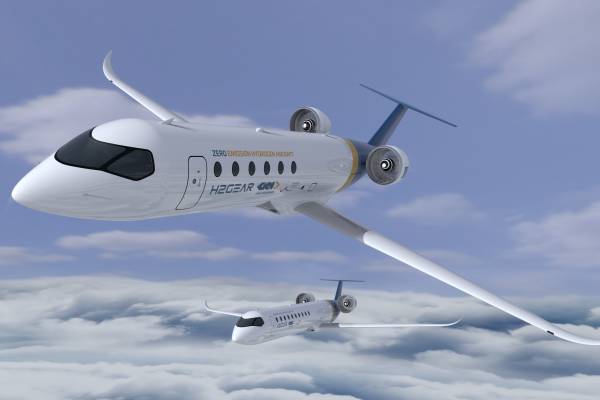