August 2021 saw the completion of Lyckeskolan school in Kinna, the main town in Mark Municipality and about 50 km to the southeast of Gothenburg. Designed for 650 pupils in grades 7-9, the new school replaces an earlier school from the 1960s.

Ruukki supplied the rainscreen panels in anodized aluminum for the lobby, the sandwich panels for the gym walls and the load-bearing roofing sheets for Lyckeskolan school.

The building was designed and drawn by Fredblad Arkitekter and built by Skanska.

Mark Municipality wanted the main entrance, lobby and media library to be the most prominent parts of the building. There is nothing unusual in this since that part of the building faces the town hall in Kinna downtown and the residents of the municipality keep an eye on the school.

“The basis was that the façade should be seen, prominent and inviting, a true eye catcher. At the same time, the façade needed to be strong and lasting and withstand any damage,” said architect Emmie Tabrizi Carlsson at Fredblad Arkitekter.

Beyond its attractive exterior, the school entrance and lobby create its active center, the busiest hub.

The large lobby has no windows to split up the large façade. The challenge in design was to avoid a boring façade in which was to be the most prominent part of the building.

“We chose brass-colored, rainscreen panels in anodized aluminum. Some of the panels are perforated. Anodizing the rainscreen panels makes the material stronger and above all gives the building the desired changing color. The perforated façades with background lighting also gave the building the extra touch we required,” says Emmie Tabrizi Carlsson.

Harmony with respect for the home district

The perforated rainscreen panels on the façade are in two different sizes with diagonal square holes. The pattern created on the wall reflects the Kinna’s textile tradition. The idea was that the façade would light up during the dark hours of the day and the lights behind the façade would further highlight the pattern. The light also provides a sense of safety.

“The rainscreen panels gave us a very precise expression without visible fixtures. We could even attach them to the wall so that they elegantly match the only large window section in the façade,” says Emmie Tabrizi Carlsson cheerfully, and adds.

“I think that the rainscreen panels go well on public buildings where there are high requirements on aesthetics and quality. There is great variation in color and perforation provides good possibilities to create something unique.

Clear goal from the outset

Emmie Tabrizi Carlsson says that a Ruukki representative was also involved in the project from the very outset.

“He made sure he understood our ideas and visions from the beginning and we were in close contact throughout the project. We had some test panels to get the right perforation and various color tests to get exactly the right anodization color.

Patrik Antmarker at Ruukki says that project was a good example of smooth cooperation to put architectural design into practice.

“We helped the architect to make her vision a reality. We made test panels to get the right perforation size to deliver the best façade possible. The customer was also involved in this stage. The installation people also did a superb job, their contribution was really the icing on the cake,” says Patrik Antmarker at Ruukki.

“I’ve heard nothing but positive comments so far, that the façade really makes it look as though much has gone into this school. I believe and hope that the pupils will be proud when they pass through the main entrance each day,” says Emmie Tabrizi Carlsson with a smile.

Ruukki Construction is a supplier of steel-based building products and services for roofs and walls for sustainable buildings. We employ around 1,400 people and have 10 specialized manufacturing sites. Our strong presence in 10 European countries enables us to serve customers locally with our main brands Ruukki and Plannja. Our comparable net sales in 2020 were around EUR 470 million. We are of Nordic origin, part of SSAB, sharing values, and long experience in steel and construction industry. www.ruukki.com

SSAB is a Nordic and US-based steel company with employees in over 50 countries. SSAB is listed on Nasdaq Stockholm and has a secondary listing on Nasdaq Helsinki. www.ssab.com 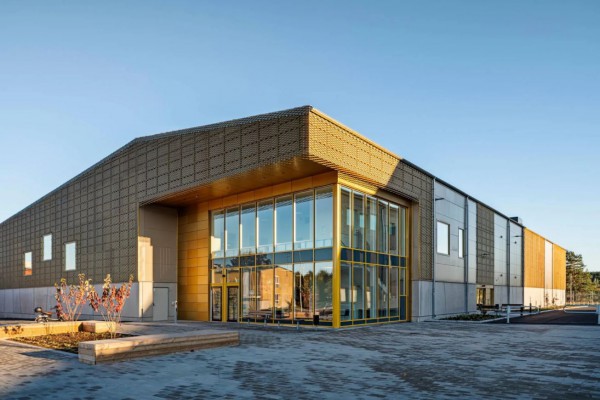 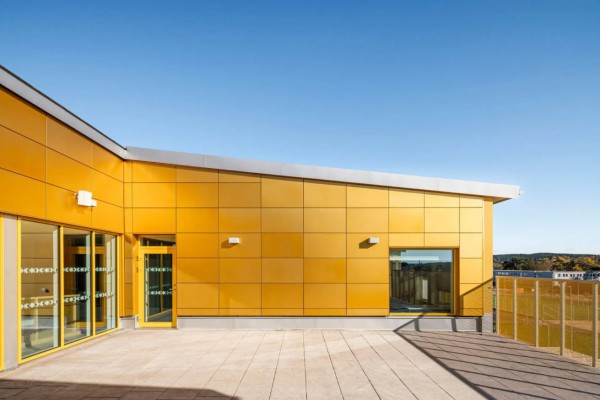 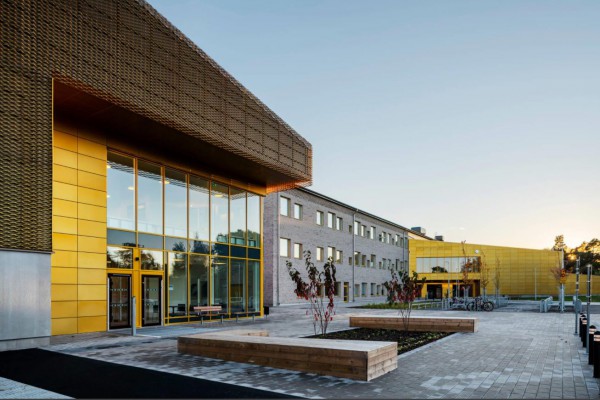 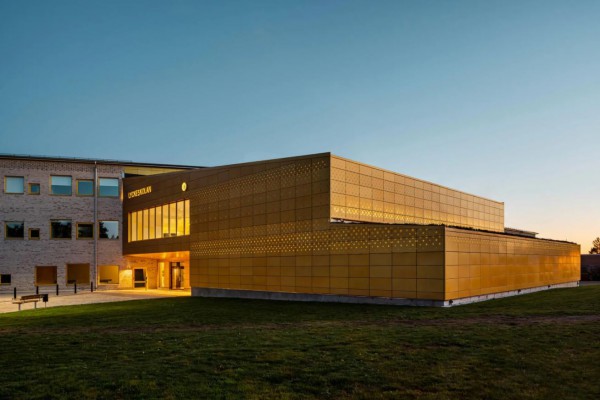 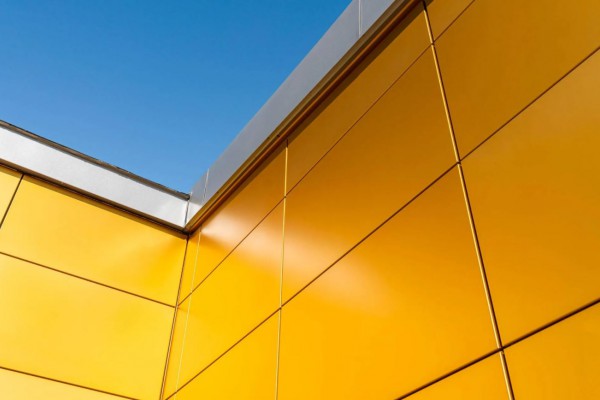 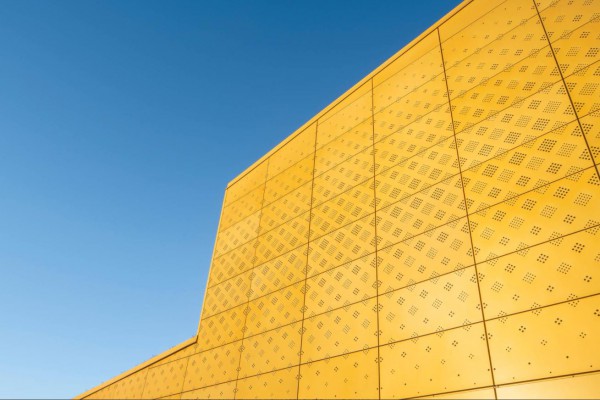 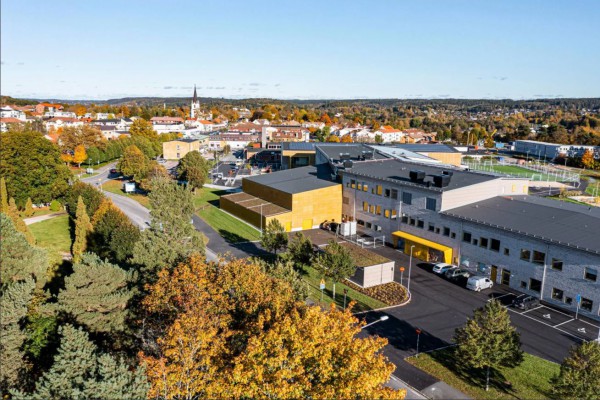